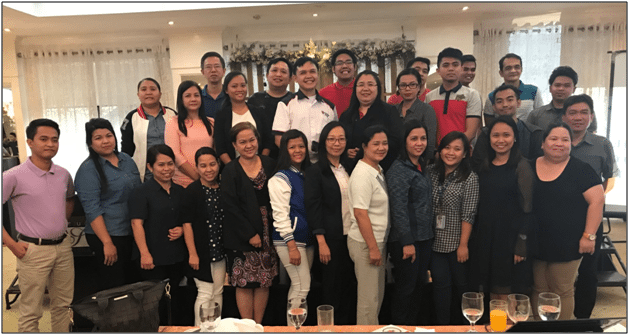 The Environmental Management Bureau (EMB) of the Department of Environment and Natural
Resources (DENR) conducted a consultative meeting on January 25, 2018 on the draft CCO for
Chromium VI and Chromium VI Compounds.

Ms. Tracy Bernadette A. Vidad, one of the Chemical Management personnel had presented the
draft CCO for Chromium VI and Chromium VI Compounds wherein followed by an open forum
participated by representatives from the tannery, semiconductor, electroplating, paint and coil coatings
industries. Ms. Mendoza encouraged these industries to submit position papers by end of February
2018.

A total of 20 chemicals were in the partial list of chemicals to be included in the said CCO. For
more information, visit the EMB website at www.emb.gov.ph.