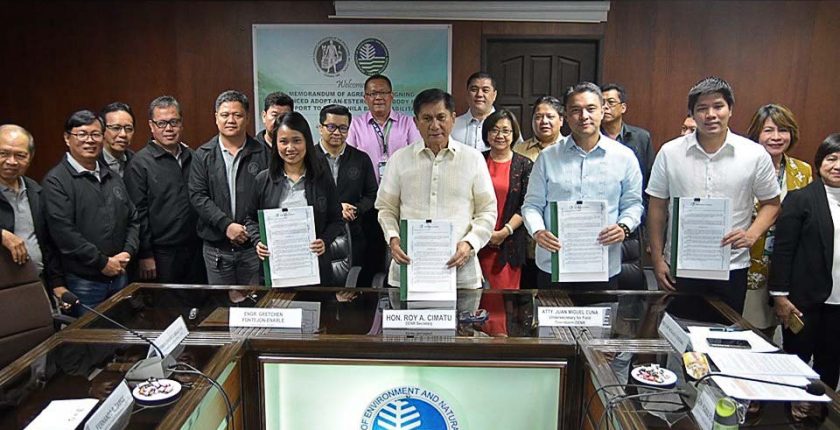 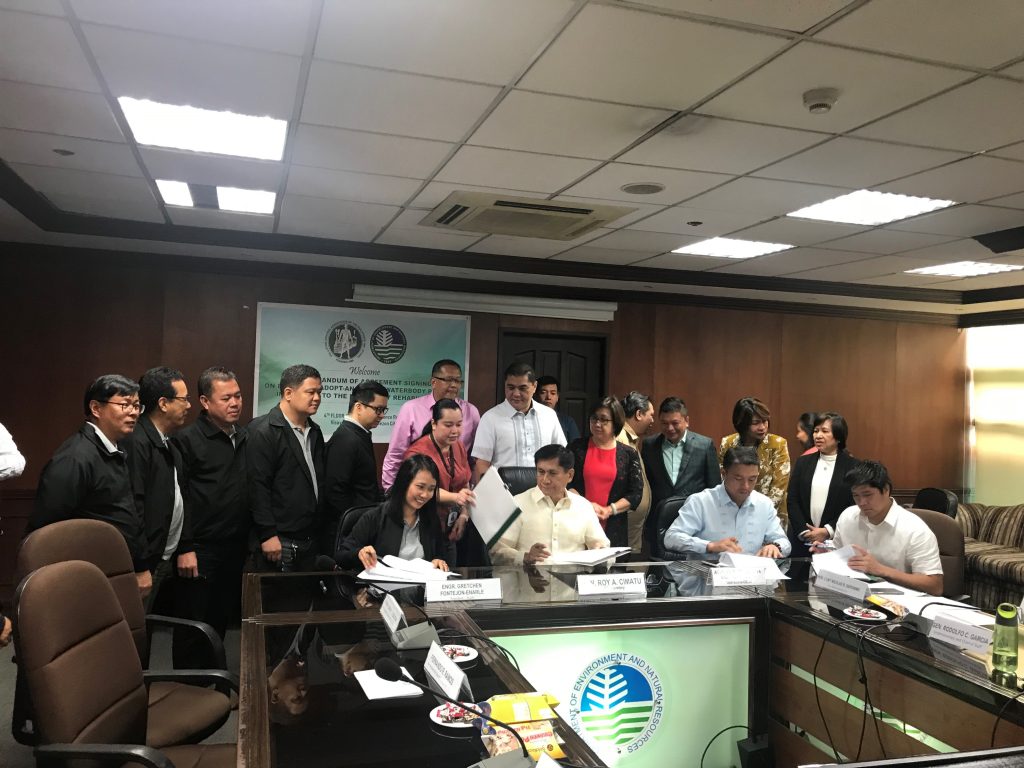 The Pollution Control Association of the Philippines, Inc. (PCAPI) signed a partnership with the Department of Environment and Natural Resources (DENR) through a Memorandum of Agreement (MOA) on Adopt an Estero / Waterbody Program last July 23, 2019 at the DENR Office in Quezon City.

The MOA signing was led by no less than the DENR Secretary Roy A. Cimatu of the DENR, Engr. Gretchen Fontejon- Enarle, PCAPI President together with the host community of Navotas as represented by Vice Mayor Hon. Clint Nicolas B. Geronimo.

The Adopt an Estero / Waterbody Program which started in 2010 aims to collaborate between and among the Estero Community, Donor-Partner, Local Government Unit/s, other government agencies and the DENR, already has milestones and successful stories to be told.

It is with great pride and honor for the Pollution Control Association of the Philippines, Inc. or PCAPI to be partnering with the Department of Environment and Natural Resources (DENR) for the Adopt an Estero Water Body Program said Engr. Enarle during her message before the signing of the MOA.

“This partnership signifies the importance, the essence of PCAPI and hoping that it will become a benchmark for other organizations/ associations to do the same and take part in different environmental advocacies. We welcome this partnership, given our limited resources because we believe that it is in accordance with PCAPI’s commitment to be an active partner in institutionalizing environmental conservation.” added Engr. Enarle. 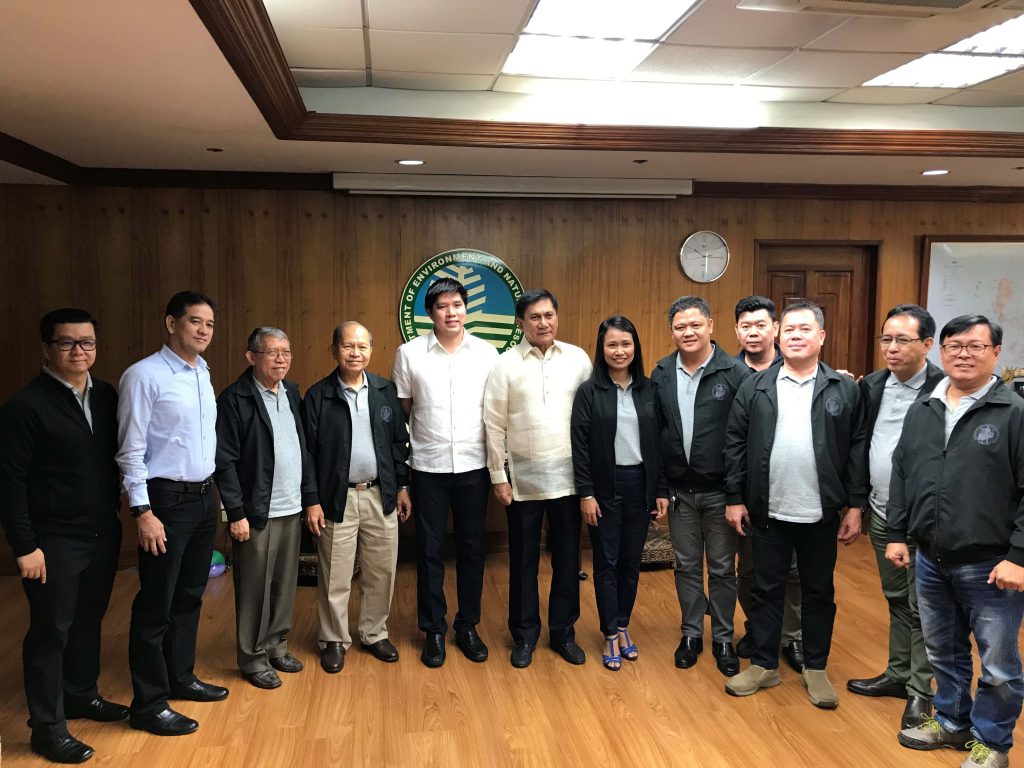 PCAPI Board of Trustees and Advisers were much honored to meet and greet the DENR Secretary prior to the MOA signing. 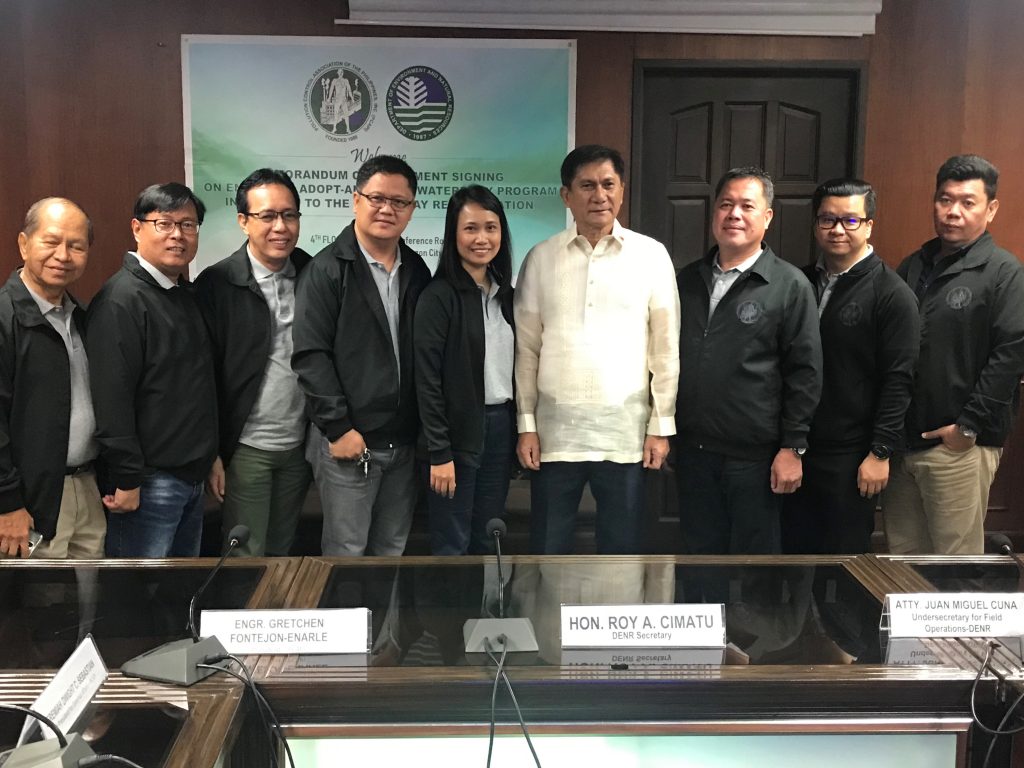